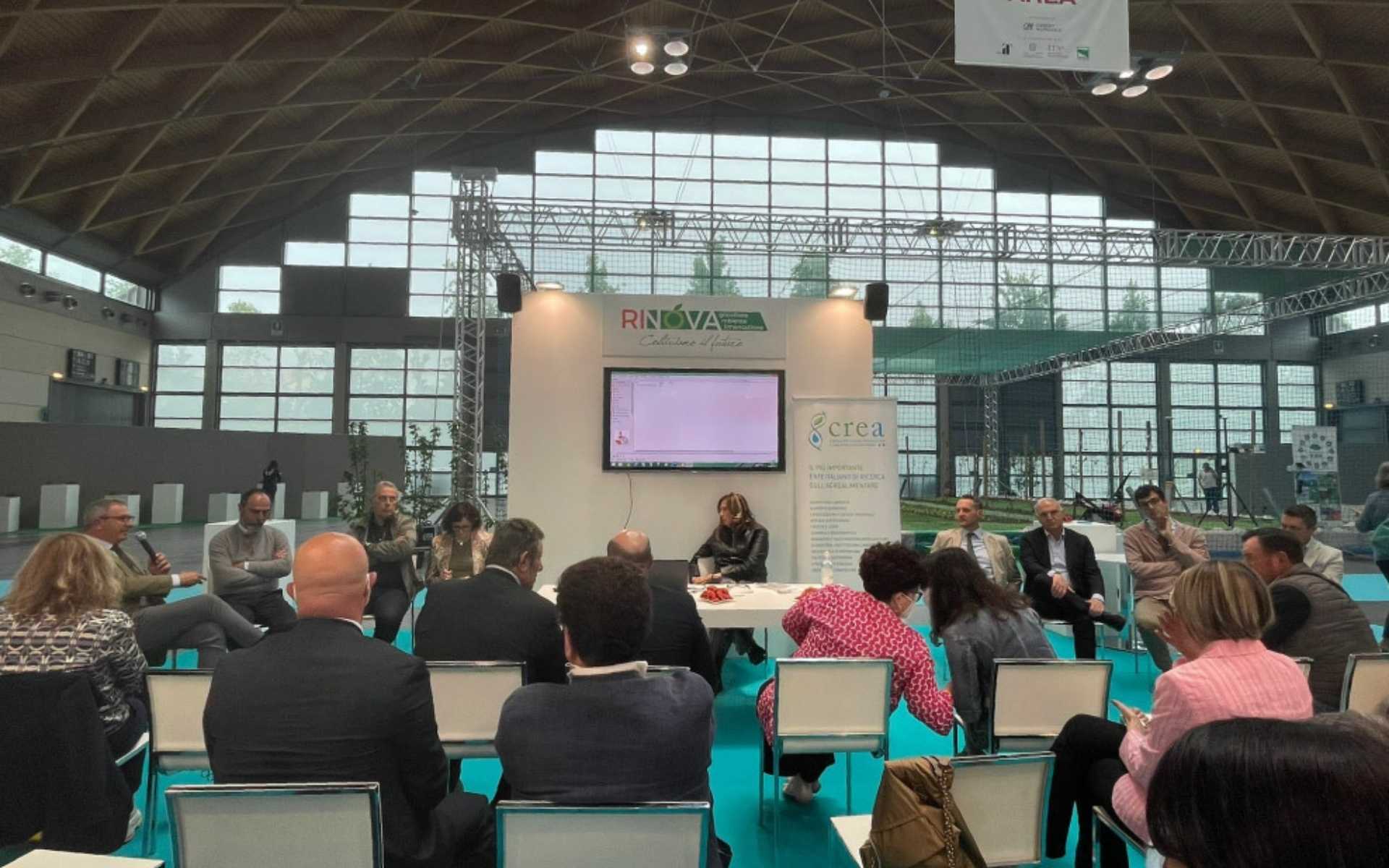 On the occasion of Macfruit, during the conference: “Strawberry: perspective 2022”, promoted by Crea (Council for research in agriculture and analysis of the agricultural economy), SOI (Italian fruit and vegetable growing company) and Ri.Nova Cooperative Society, Nova Siri Genetics, a company specialised in research, experimentation and multiplication of new varieties of strawberries and small fruits, has literally gathered consent of those present and had the opportunity to tell, through the words of his Business Development Director EMEA, Carmela Suriano, the happy moment that his varieties are experiencing at an Italian and international level.

The occasion was perfect to present the stateof the art research and the projects of this young and determined company from Policoro which, among other things, has recently officially inaugurated its new Strawberry and Berries Research and Experimentation Center..

As specified by Carmela Suriano during the speech in the round table discussion, some varieties of Nova Siri Genetics strawberries are finding excellent confirmation on the market: in particular Marimbella® (NSG 203) stands out among the most interesting varieties in Spain and Campania (where it has gone from 9 to 24% of penetration).

“In the last two years - the manager commented – the strawberry market has undergone a major change. With reference to the production of the Mediterranean basin, overseen by NSG, there are new requests, first of all the need to bring strawberry to the shelf from November to March, extending the commercial campaign. As a company dedicated to research, Nova Siri Genetics tries to provide punctual answers to producers and consumers, working on precise valuable elements: besides the beauty and organoleptic qualities of the fruit, basic condition for every variety, we focus on earliness and less sensitivity to the climate, so as to be able to guarantee winter cultivation, as well as on the rusticity of the plant.”

Since the Italian large distribution rewards Italian producers, a strawberry market that can cover the 12 month of the year is making its way, also thanks to the early varieties of NSG: the south dedicated to production in winter, the north of the country to summer production.

"NSG - continued Suriano - works with Italian partners and thanks to its varieties manages to segment the offer, enhancing them. In this way we are able to supply products of the highest quality. In the future we are committing ourselves to aggregate producers so that, with an important critical mass, we can attack the foreign market ”.

During the conference, the success of Nova Siri Genetics' work was also confirmed by other protagonists: Pietro Ciardiello, Manager of Coop Sole, emphasised the importance of a Research and Experimentation Center for new varieties located in Southern Italy. It's finally possible to work on varieties specifically designed for this territory, and not just as an emanation of researches carried out in other parts of the world.

It is also already known to the press that to cover the needs of the winter period, Coop Sole and Apofruit rely on the Marimbella variety Marimbella®, which guarantees the first fruits in December, effectively extending the strawberry season.

As further confirmation of the high quality of Marimbella®, an important pre-announcement comes from Spain: according to the first highlights, which will be officially confirmed within a few weeks, Marimbella® has positively passed the field tests carried out by IFAPA, Andalusian Institute for Research and Training on Agriculture, Fishing, Food and Organic Production in the Huelva area, turn out to be the best out of 12, together with the Cozumel variety, and applying as a variety capable of being more successful in the future.

“With varietal innovation we support producers in the Mediterranean basin to increase the value of market shares. This gratifies us and pushes us to work with even more enthusiasm”, completes Carmela Suriano..