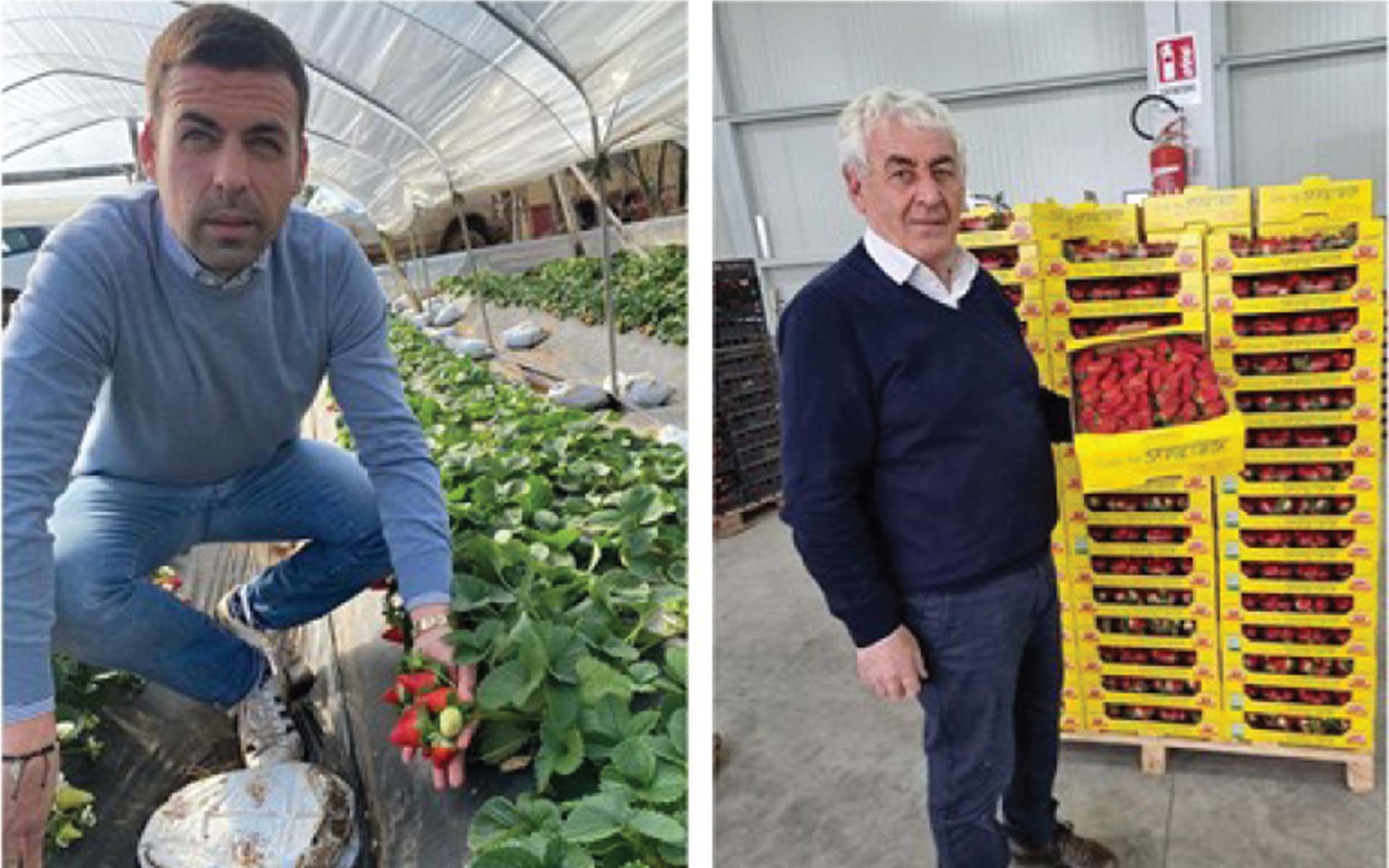 The limited presence of Spanish strawberries on Italian supermarkets’ shelves is mainly due to both the small areas used for cultivation for 2021 and the recent weeks’ climatic conditions of the Iberian Peninsula, which has had strong consequences on the fruit's resistance. This absence was compensated not only by the productions of Basilicata but also by those from Campania, particularly by cultivations of the Piana del Sele and the Caserta area.

Since the beginning of the strawberry campaign, the large chains have begun to replace the Spanish productions with those from Campania, demanding additional quantities as weeks went by. A phenomenon that occurred thanks to the greater interest of Campania farmers in some varieties of Nova Siri Genetics, such as Melissa, Marimbella and Gioelita. These cultivars guarantee earliness and excellent volumes from the beginning of the year, as well as long shelf-life and an extension of the commercial calendar.

We interviewed two strawberry growers, operating in two different areas of Campania, satisfied with the trend that they still record today. "We are experiencing an entirely positive year, precisely because Spain is less present. An optimal campaign not only for the quality and quantity of the fruit but also from the listing point of view", explains Francesco Truono from the province of Salerno, owner of the homonymous farm. "I have 22 hectares under cultivation, divided between Marimbella and Melissa, varieties that have allowed me to have excellent feedback on the quantity as early as mid-January, which I could not achieve before the end of February with other cultivars".

"At the moment, I collect 10-12 platforms a day: volumes that are given to a cooperative in Campania and then destined for the large-scale retail trade. I am happy to have chosen Nova Siri Genetics, because thanks to their selections I can guarantee quality and quantity for over five months a year: prerequisites necessary to sign the contracts ".

For his part, Giovanni Pezone, president of the San Pietro di Parete Cooperative (Caserta), explains: "I've been doing this job for 40 years, but I never remember a campaign as lively as the current one. We supply strawberries to the large-scale retail trade from early February, something that has never happened before, because the big brands preferred foreign productions, both for the lower prices and for the greater quantities imported. Now, instead, we have chains chasing us to ask us for goods, paying us even more. Over the years, we have tried many varieties of strawberries, but the results recorded with Melissa and Marimbella are unparalleled".