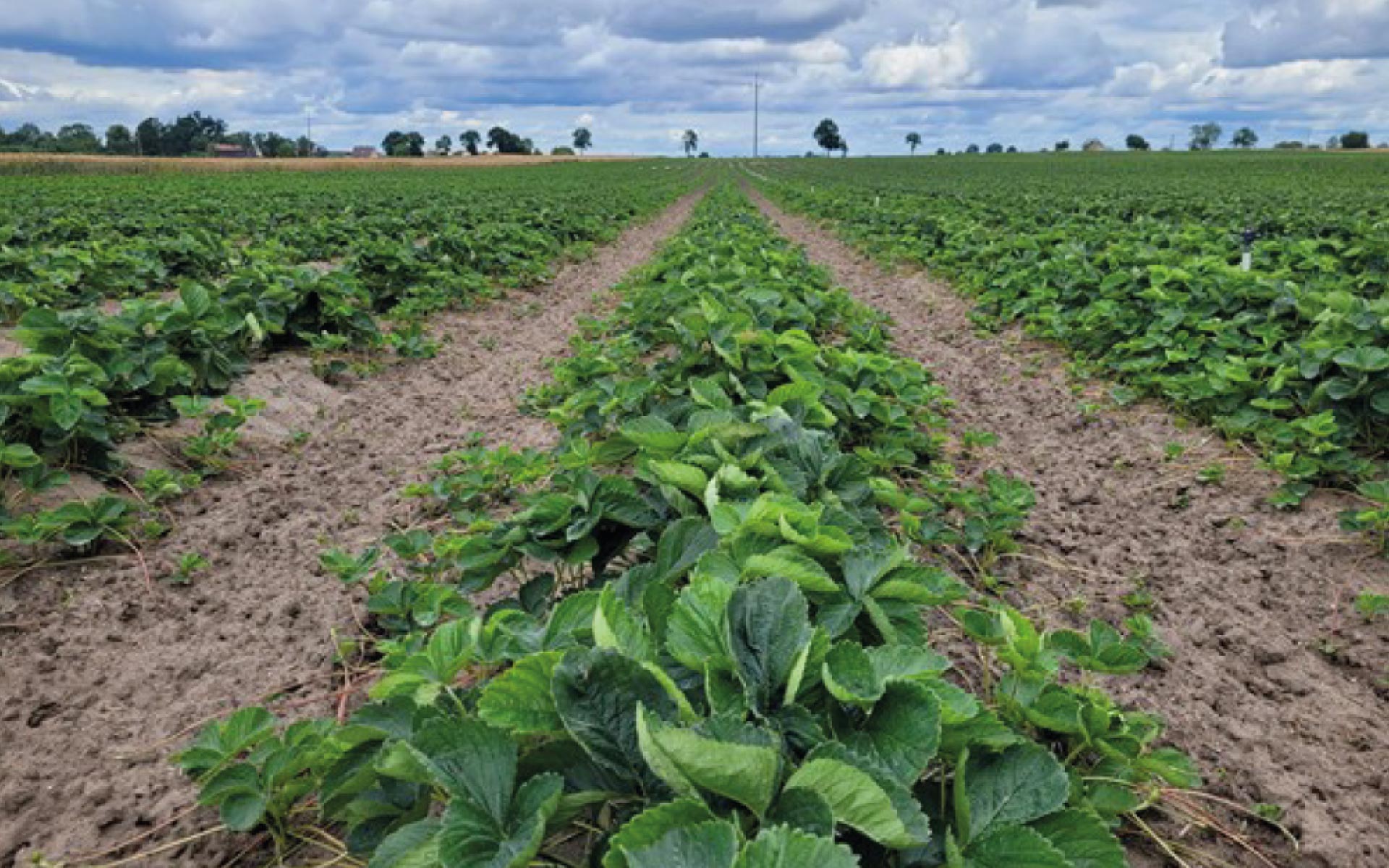 Climate change, the evolution of market demand, and the problems related to labor have changed research when it comes to strawberry cultivation on a global level. Within this new scenario, Nova Siri Genetics (NSG) is committed to finding solutions that can provide advantages to the entire chain and especially Mediterranean areas (southern Italy, the Spanish region of Huelva, Greece, Morocco, Tunisia, and other new producer countries in the Mediterranean).

FreshPlaza talked to Nicola Tufaro (breeder) and Carmela Suriano (EMEA director) at Nova Genetics to understand what are the forecasts for next season and to analyze the current plant multiplication situation in foreign nurseries.

FreshPlaza (FP): Have you noticed an increase in orders for the 2022/23 campaign? How is multiplication going in Spanish and Polish nurseries? Nicola Tufaro (NT): The characteristics that determined the popularity of our varieties in many Mediterranean countries are the following: rusticity, earliness, staggered production, and fruit quality. Based on demand, planned plant production next season for the NSG variety is 20% higher than last year, especially for the NSG 203 - Marimbella® / NSG 207 - Gioelita® / NSG 465 cultivars. Both Spanish and Polish nurseries are regularly developing, with normal growth levels for the period despite the weather. The harvesting of plantlets should start in late September and last until October 20th.

FP: What are the most popular cultivars? NT: Our varieties have generally been satisfactory even in a year such as this one, so the trend for the new season is positive and promising.

NSG varieties keep raising the interest of many producers from southern Italy, Huelva (Spain), Maghreb countries, and overseas such as in Mexico and Australia. In particular, we are registering quite the interest for the NSG 203 – Marimbella® variety, which, during the past campaign, reached considerable results both in Campania (Italy), where the crops tripled compared to the previous campaign (from 90 to 270), and in Huelva, so much so that it was included among the most successful cultivars of the future according to the first highlights of a study conducted by IFAPA (Andalusian Institute for Research and Training on Agriculture, Fishing, Food, and Organic Production). The success of this variety is due to a combination of characteristics: earliness, productivity, and fruit appearance. This is why it was also chosen by national and Spanish cooperatives looking to make high-quality fruits available already in December.

There was a lot of interest and enthusiasm from producers and buyers also for NSG 465, a premium variety that will be commercialized under the Rossetta® brand (together with NSG 120).

FP: How did NSG cultivars behave during the 2021/22 season? Carmela Suriano (CS): The strawberry campaign that just ended was characterized by abnormal weather that caused a lot of production issues leading to negative repercussions for businesses. The Nova Siri Genetics varieties stood out thanks to their capability of withstanding temperature changes and kept producing also in unfavorable weather conditions such as few light hours and very low temperatures at nighttime. Production continuity in such a climate constitutes, in fact, a great advantage for the market, as it helps avoid interruptions in supply.

FP: What are the future projects and trade agreements with other continents? CS: We are working to develop partnerships with nurseries and large producers in countries where our varieties could do well, meaning Mexico, Australia, South Africa, and Argentina.

In addition, we are moving forward with our NSG Network project, which has the objective of letting our stakeholders know who our partners are. We are talking about single and associated nurseries and producers with whom we work to innovate and improve the entire strawberry sector. A section dedicated to this project can already be found on our website (www.novasirigenetics.com/it/nsg-network).

«Strawberries, the results of the research are really visible»